Price Training:
Pricing is a very critical part of the selling process. This area must be done with understanding and openness. Let me now explain how this entire area works: You are now making your transition from the presentation to the pricing with this statement. Mr. and Mrs. Roberts we have discussed many things up to this point; I have an important question to ask you both. How much do you think it would cost to make Funeral and Cemetery arrangements for one person in 2021 (wait for response). Be sure to get a price from both of them. When they give you the amount please place that number in the upper left hand corner of your yellow pad. Mr. and Mrs. Roberts early in our presentation you shared with me that you wanted to have a service with viewing, is that correct? (Wait for response). You as their counselor will already know the type of service based on box 1. On your yellow pad you will need to do the following. Look at examples:

You will write in order. This is the format: 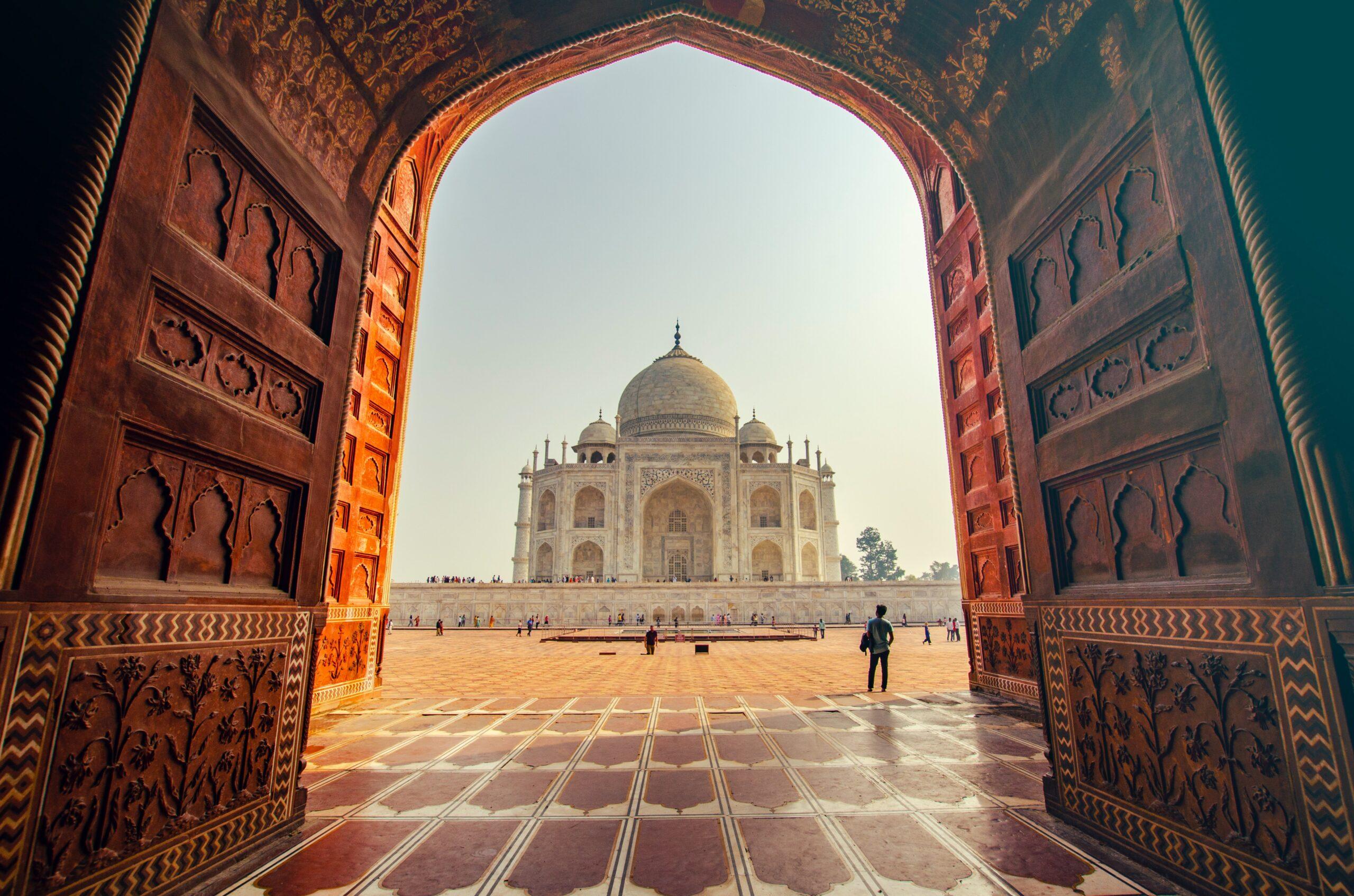 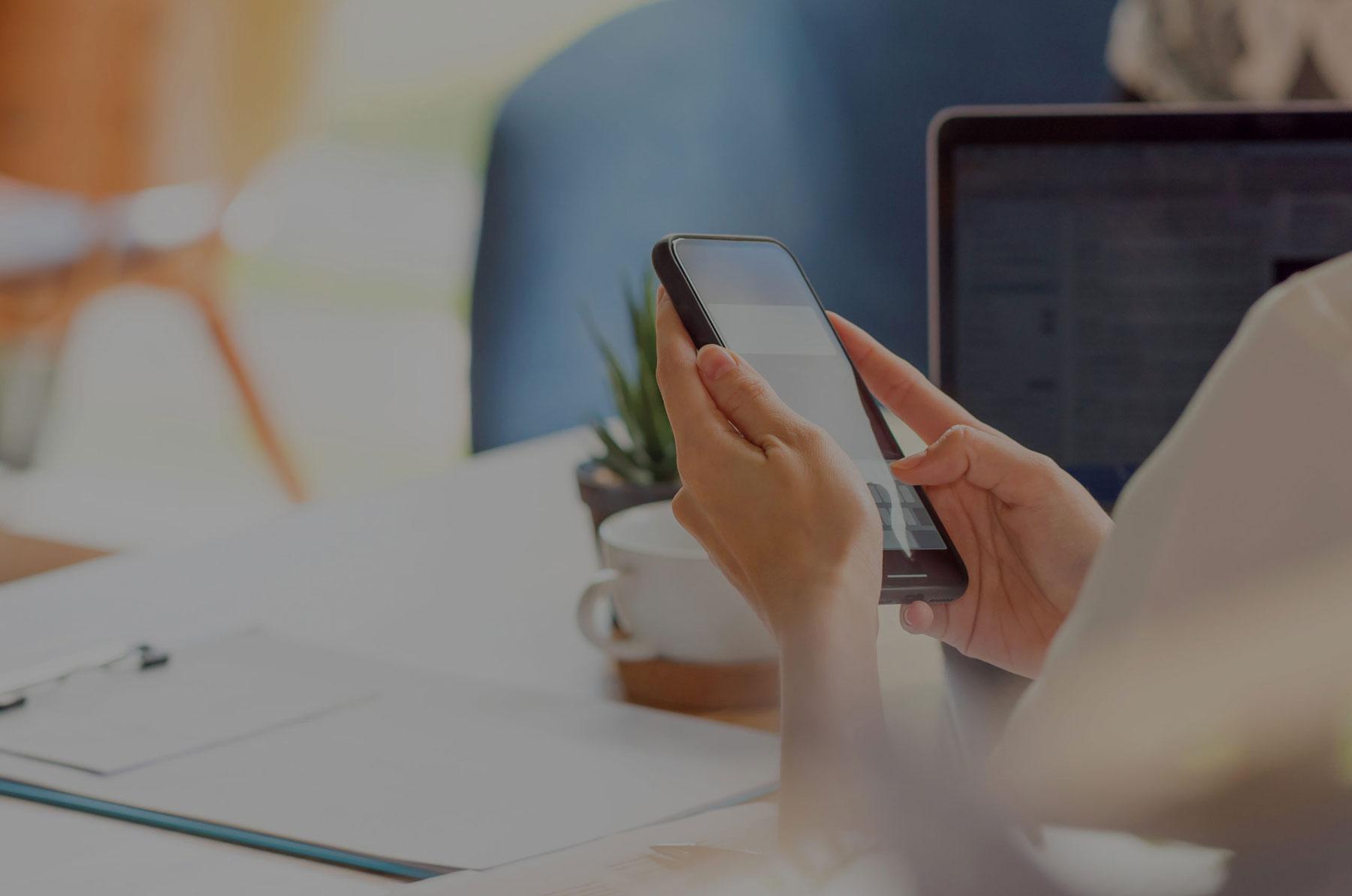 As the Counselor you will put the amount of the type of service on the service line (this should be the total of all services provided. (Professional Services: and all items that are not merchandise.)

You will then explain to your family the caskets:
Mr. and Mrs. Roberts we have 3 types of caskets: Woods, Metal, and Fiber Board (keep this area brief).
Note: If you are in the Funeral Home you will take the family into the casket room.

In their home you will explain, as so:

Mr. and Mrs. Roberts here are some of our caskets, you may choose the one you prefer, the price is at the bottom of each casket and the description is on the bottom left. (Give them time to choose).

At this point the family should have already chosen a casket for both of them based on (price). You will then place the price of their casket on the yellow pad. (This is quite time-no one is talking).

You will take only the merchandise to calculate your taxes.

Items to be Taxed:

After you have a total: use the total for both of them at this point to save your time.
The counselor will then calculate each person’s monthly investment based on the maximum number of years (for comparison sake only).

When they say yes proceed to the following:
Your monthly investment will be: Homework 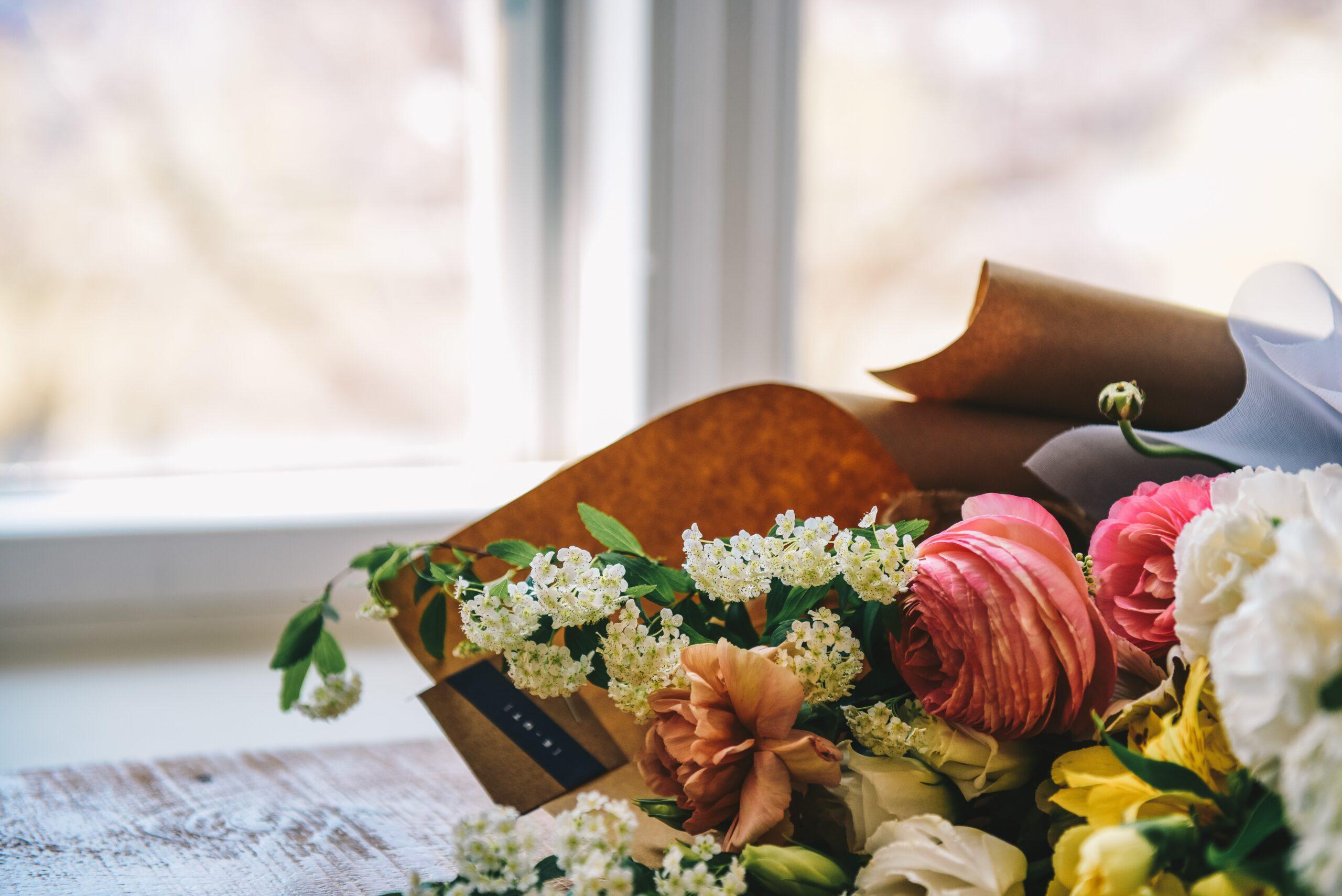 REDUCE TO THE RIDICULOUS

There are many variations of this popular and very effective close, but generally you want to show the prospect the smallest number you can possibly get to. Let’s assume you are selling an item and you are off by $500 (or $5,000—the close works the same). Take that $500 and break it down over the life of the product like this:

Now Mr. & Mrs. Roberts, for these four items: the space, the vault, the memorial (marker), and interment and recording, (opening and closing), how much do you think it would cost for one person to be laid to rest in 2020?

These are our available spaces at Forest Lawn Memorial Park. For comparison sake only, would you choose the most expensive, the least expensive, or somewhere in between?

Markers to choose from for ground burial: Granite or Bronze

TOTAL GROUND BURIAL COST:
Is this comfortable for your family? 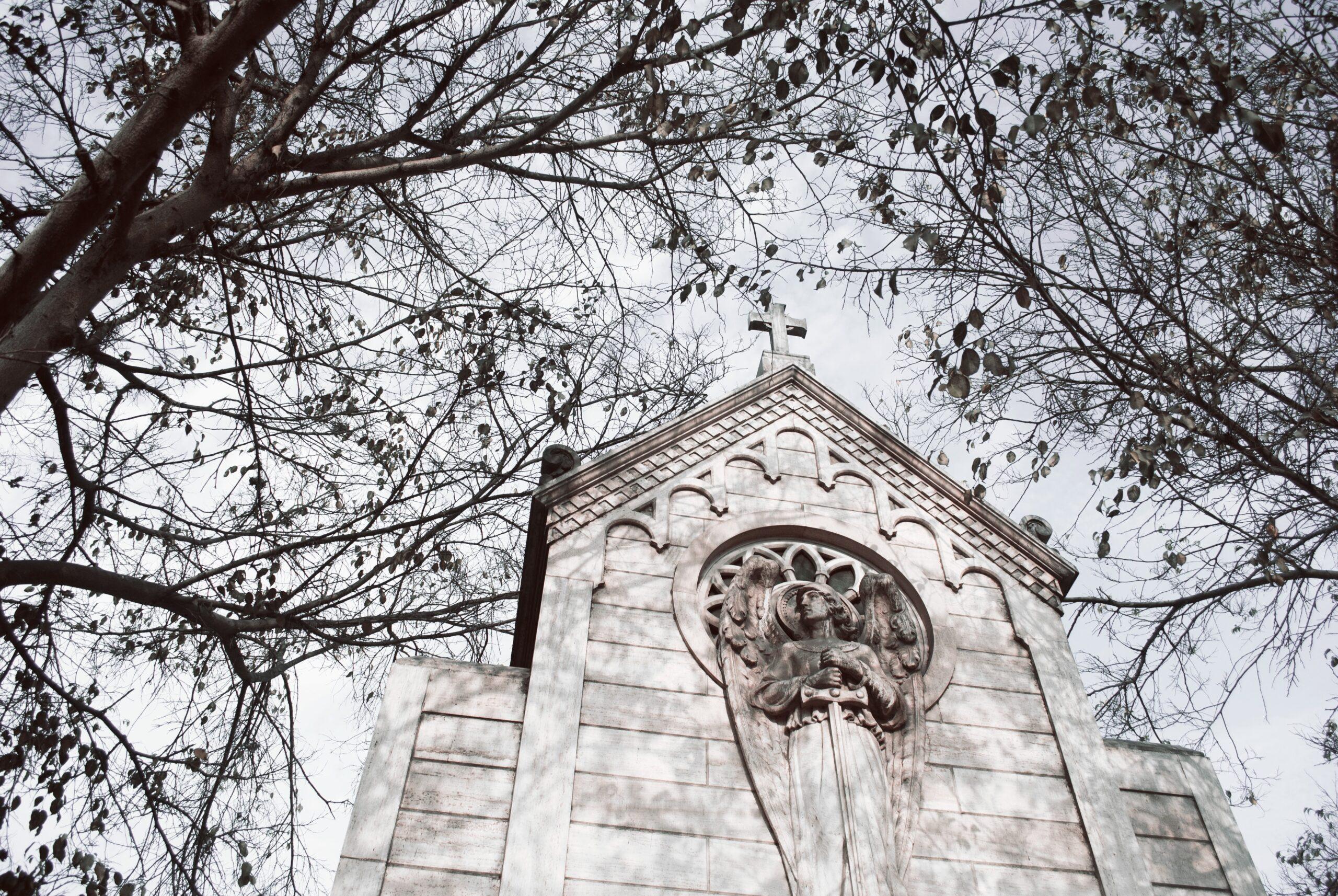 HAVE YOU EVER CONSIDERED
THE CONCEPT OF MAUSOLEUM?

It is the oldest form of burial known to man. It was once considered to be only for the rich, such as the Taj Mahal, Westminster Abbey, Tomb of the Unknown Soldier, and the Great Pyramids. A man came up with the concept called the Community Mausoleum where everyone can share in the cost.

Here is a crypt, go to the wall of the home. The ceiling is usually 8 feet high; in the mausoleum it is 18 feet high. The first level is prayer level. The second level is heart level. It is the most expensive, the most prestigious and the most accessible. The next level is sight, then touch, and the two levels above are called heaven levels. The higher you go up, the less expensive it becomes.

In this case, which would you choose, the lower level, upper level, or somewhere in between?(Add figures)Your immediate savings would be…

One of the key advantages of mausoleums is that they are considered to be a cleaner and dryer option than a traditional underground burial.

This option will appeal to people who do not want to be cremated, or are apprehensive about being buried underground.

Another advantage is that mausoleums actually reduce the amount of land that is used for a burial and is therefore more ecologically friendly than an underground burial. A mausoleum may attract people who are greener at heart.

In this case, would you choose ground burial or mausoleum?
If not, then explain Lawn Crypt. 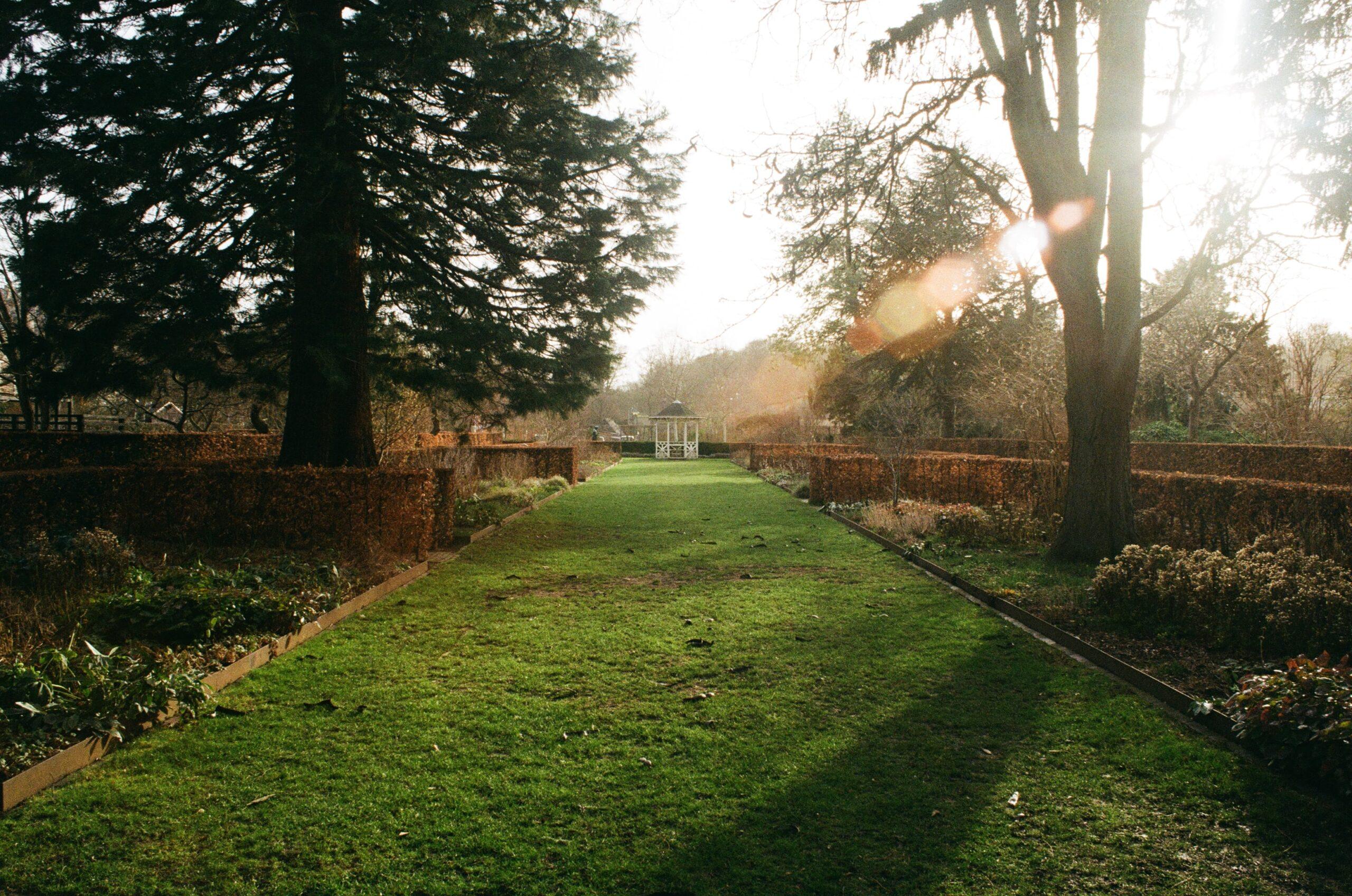 The lawn crypt is where we combined the beauty of our grounds with the dignity of the mausoleum at a price everyone can afford. The first thing we do is excavate a whole area of land. Then we place gravel or dry rock to take away any other moisture and place pre-constructed crypts into the ground.
When the first person passes away, we place them into the lower chamber. When the second person passes away, we place them into the upper chamber. This is a one-on-top-of-other burial. Then we fill it up with gravel and just enough soil for the grass.. Then you have the memorial, which is better known to you as the marker.

Put down immediate savings between lawn crypts and whatever they choose, the mausoleum or ground burial. Calculate all finances and monthly payments).

There are many alternatives when chosing cremation. You may either be placed in a ground space or an above-ground niche. Cremation is only the disposition of where the cremated remains will be placed after the cremation service has occurred. This is your point of reference. Here is the price for cremation: Give glass front price, ground burial, or mausoleum at the beginning.

“Is this comfortable for the family?” (After you have calculated finances and monthly investment for what they have chosen. When all else has failed, then drop to the cremation arrangements. Calculate and ask if this is comfortable for your family).

Cremations can be of different types, depending on the way you prefer to dispose of the cremated remains of your loved one. You can scatter the ashes into air, over land, or water.

You may scatter the ashes on private property(with the owner’s permission),public park(check the local laws beforehand), or at a place that holds great significance in the life of your loved one. Besides, you can bury the cremation remains or keep them in your home.

Methods of Scattering the Ashes
Casting: It means that you simply toss the cremated remains on the wind (cast downwards). Make sure you check the direction of the wind before following this method. You may involve a group in this activity and ask everyone to take turns and scatter the ashes partially.
Trenching
As the name suggests, this method involves digging a shallow trench in soil, pouring the ashes in the hole and then covering it with soil.
You may consider lighting candles in the area and decorating it with mementos. Trenching can also be done on a beach so that the tide may wash the remains of your loved one back to the sea.
Raking
In this method, the ashes are poured evenly on loose soil and then raked into the ground. This procedure is usually followed while disposing of the cremated remains in a scattering garden after holding an ash-scattering ceremony. You may ask your funeral director to help you find a scattering garden in your area.
Ringing
Form a ring on the ground around an object like a tree, or a group of candles, hold the cremation urn close to the ground and pour the ashes on the ring (you may dig a trench on the ring). Another similar way to dispose of the ashes is to pour the remains in a particular shape such as heart, star, etc.
Water Scattering
You may disperse the cremated remains into a lake, sea or ocean directly or in a water-soluble cremation urn that floats for a few minutes and then slowly sinks or dissolves. Consider tossing flower petals and wreaths into the water as a tribute. You can record the navigational coordinates of the site if you want to visit this place again in the future. Certain states do not allow scattering the ashes in a freshwater scattering.

Interested in learning more? Give a Preneed Marketing Rep a call today!